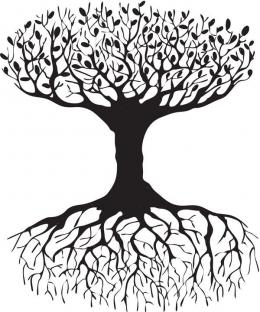 What is the Meaning and Origin of the Tree of Life?

The origins are innumerable and there is no consensus of where exactly the term came and meanings around the Tree of Life. Various peoples and religions have relied on plants and other elements of nature and space in an attempt to find an explanation for life, one of the greatest philosophical dilemmas of mankind. Perhaps the most famous and ancient portraits are in the bible and culture of ancient Egypt.

Various drawings, sculptures, books and all kinds of artistic expression are observed in the attempt to portray life in the form of a tree. There is also a discussion if the terms "tree of life" and "tree of the world" deal with the same subject.

The origin depends on the people, if we can say that the oldest people are who gave birth to the term, the Egyptians, 3100 BC are the first people to portray the image of the tree of life. The Acacia tree is considered the tree of life and according to Egyptian mythology, Isis and Osiris, the first couple in the world, emerged from the tree of life.

Historians still differ whether or not this term in the Assyrian culture, about the same time as the Egyptians in ancient Mesopotamia. But there are much older records, also of painted trees dating to 8000 BC in Gua Tewet, Borneo, Indonesia, but there is no knowledge about the organization of this people and about the meaning of this rock painting to have some relation with term tree of life.
The meaning is slightly different for every people or religion, but almost all allude to the tree of life as a symbol of eternal life.

In contemporary history, few religions are based on the term tree of life. Currently, this term is the reason for creating personalized jewellery that symbolizes a family. Where usually a pendant is carved, engraved or trimmed in the shape of the tree and in the branches, place of its fruits are embedded stones of birth symbolizing each son that a family contains. Ex: March = Sea Water, May = Emerald, September = Sapphire. 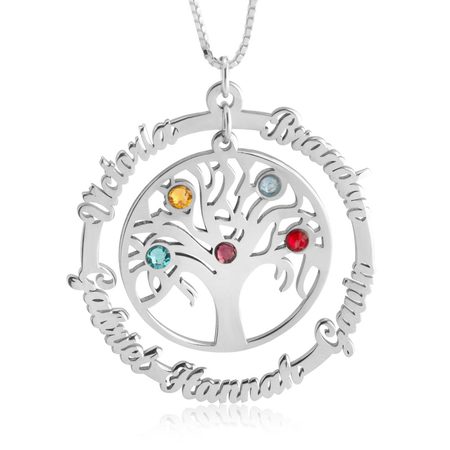 More than a symbol of your respect and devotion to the one that it's gifted, Tree of Life it's jewellery to stay with the family and pass by from generation to generation symbolizing the perpetual continuation of the family branches and heritage.

Necklaces and bracelets with a tree pendant of life with names, initials or monograms instead of birthstones are also custom-made. This type of jewellery is widely used as a gift for mothers and grandmas on Mother's Day but it's also a common piece on the accessories of the contemporary woman.

Mothers find it fashionable to wear the tree of life bracelet because it expresses their devotion to family life. It's more an accessory than a piece of statement jewellery. On the other hand, grandmas want to express their full love to their family and commonly wear tree of life necklaces as the main accessory to their look.

The Celts were a group of people who had similar customs and habits as an idiom and inhabited Europe before Christ. They also had a strong bond with spiritual or religious symbols and worship of images, especially in the trees. The term Celtic tree of life appears in decorations and mainly tapestries. It symbolizes how the forces of nature can create harmony and balance. The term in Celtic is Crann Bethadh.

These ancient peoples reaped the fields but left a large tree to shelter the chiefs or planted a new one. The tree also provided food, medicine, and they believed that the tree had powers to take care of all life. Cutting this tree was a crime and was generally committed by enemies as a great asset. They also believed that human ancestors were trees.

Kabbalah is an esoteric interpretation of the Jewish religion and teaches that the world and the individual act as a whole and practice of the religion can make them evolute. With a totally different meaning from the others, The Kabbalah Tree of Life acts as a map of the human soul through the journey and experience of consciousness. According to this belief, somehow in our life cycle, we go through all the points of a Kabbalah Tree of Life.

The Kabbalah tree of life diagram that does not resemble a tree, it was first found on a book from 1591 called Pardes Rimonim that is the main book used by Kaballists until modern times. This diagram is composed of 10 Sefirot or points of intelligence energies, each of which allows us to understand the physical and the spiritual world. They are Crown, wisdom, kindness, eternity, foundation, kingdom, splendor, judgment, understanding and beauty.

Get your social on
Related Products
WISHLIST
Attach your wishlist to your email address and check on your favorite items easily.
Save my wishlist
By saving your wishlist you agree to our Privacy Policy
-21% 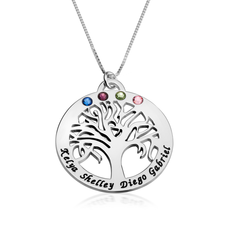 Birthstone Tree Necklace
C$93.95 C$73.95
(15)
WISHLIST
Attach your wishlist to your email address and check on your favorite items easily.
Save my wishlist
By saving your wishlist you agree to our Privacy Policy
-22% 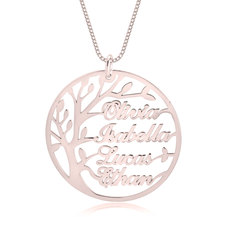 Tree Necklace
C$90.95 C$70.95
(10)
WISHLIST
Attach your wishlist to your email address and check on your favorite items easily.
Save my wishlist
By saving your wishlist you agree to our Privacy Policy
-23% 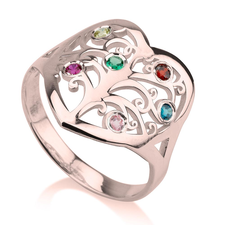 Family Tree Ring
C$112.98 C$86.95
WISHLIST
Attach your wishlist to your email address and check on your favorite items easily.
Save my wishlist
By saving your wishlist you agree to our Privacy Policy
-26% 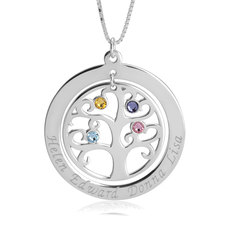 Family Tree Necklace with Birthstones
C$99.95 C$73.95
(14)
WISHLIST
Attach your wishlist to your email address and check on your favorite items easily.
Save my wishlist
By saving your wishlist you agree to our Privacy Policy
-46% 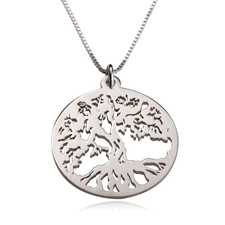